How To File For A Fault-Based Divorce In Georgia 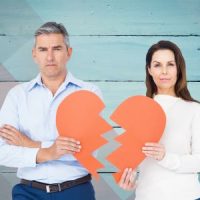 Georgia is one of the remaining states in the U.S. that has the option to file for divorce on fault-based grounds. Although many states have shifted to a purely no-fault model, Georgia still permits spouses to file for divorce on fault-based grounds. The “no fault” option in Georgia is actually one of the grounds listed for divorce under Georgia law, which is based on the ground that “the marriage is irretrievably broken.” If you want to file for a fault-based divorce in Georgia, what do you need to do? While the general process for filing for a fault-based divorce in Georgia is similar to filing for a no-fault divorce, it is important to know the steps that you will take during the divorce process.

Learn the Fault-Based Grounds for Divorce Under Georgia Law to determine if any of the fault based grounds apply to the facts of your case.

Besides Looking At The Grounds For Divorce, You Must Ensure That You Are Eligible to File for Divorce Based on Residency Requirements Under Georgia Law

To be eligible for any divorce in Georgia, one of the spouses will need to have lived in Georgia for at least six months prior to the divorce filing.

File for Divorce and Plead One of the Fault-Based Grounds, Then Have Your Spouse Served

Next, you will file for divorce and will plead one of the  grounds for divorce, whether that is no-fault or fault- based.  If you want to file a fault-based divorce,, it is important to speak with an Atlanta divorce lawyer to ensure that you will be able to gather the evidence you will need to prove one of the grounds cited in the statute. Once you file a petition for divorce, you will need to have your spouse formally served, and your spouse will have an opportunity to file an answer.

If you have questions about fault-based divorces or need assistance, you should contact an Atlanta divorce attorney at Kaye, Lembeck, Hitt & French.

By Kaye, Lembeck, Hitt & French | Posted on August 15, 2022
« How To Plan For A Divorce From A Narcissist
How To Get A No-Fault Divorce In Georgia »

“Alyson helped me move out of state with my daughter. I got everything I wanted and more. She's fierce, but compassionate. I will be forever grateful!”

“As an attorney in Atlanta, I often receive referral requests for family law attorneys. Be it divorce and custody battles for high-net worth individuals or my own personal matters, I have only used and referred friends and family to Brooke French. Brooke is not only a highly experienced practitioner, she...read more”

“Alyson represented me with my divorce filing. She gave me very good advice and was conscious of keep the cost down. She has continued to answer follow up questions and helped me address a recent tax issue with my ex. I would highly recommend her to someone looking for an...read more”

“After consulting with three recommended attorneys, I chose Elinor Hitt because she had a combination of the legal experience, personality and direction I was looking for regarding my matter. She was a skilled negotiator and I felt like she 'always had my back.' I also found her billing to be...read more”

“Retaining Alyson Lembeck is the best decision I ever made. I consulted with several of the big-named, high-roller family law attorneys in Atlanta who tried to sell me on their firm, saying they would "take good care of me." They each promised good results but offered no real strategy. After...read more”

“Elinor Hitt and her team was fantastic to work with. She is calm, thorough, tough and left no stone unturned. She was aggressive with what I wanted and knew how to get it in mediation. Elinor was a great ally to have in my corner through the toughest time in...read more”

“I went through a less-than-pleasant divorce, shortly followed by a child custody battle. My ex-wife used three attorneys during this time while I only worked with Brooke. She was able to obtain results other attorneys said would not be possible. Unfortunately, we are already planning a third battle in court,...read more”

“I hired Alyson to represent me in a contempt of court case with an incredibly unscrupulous and devious ex-spouse. She has worked tirelessly to uncover his wrong doings and schemes. She has been totally professional every step of the way crossing all her t's and dotting all her i's. I...read more”

“Elinor Hitt represented me in my 2015-16 divorce, and I can't recommend her highly enough. Elinor is extremely knowledgeable and professional yet kind and compassionate.”

“After working with a couple of other family attorney's, I was introduced to Brooke. I instantly knew that Brooke was going to be the one to get the results that I was looking for. Brooke French is an absolutely amazing attorney. I highly recommend her to anyone that asks.”

“I highly recommend Brooke French! She is highly knowledgable about the divorce process and has exceptional attention to detail. She understood my case fully and always put the best interest of me and my children first. She made a very difficult, emotional, process go as smoothly as possible. Thank you,...read more”